Rosa Aurora FreijanesWW photo: Cheryl LaBashThe case of the Cuban 5 and the struggle to free them from their unjust imprisonment in the U.S. received a burst of media attention in Tijuana, Mexico, on Aug. 16. Rosa Aurora Freijanes, spouse of one of the 5, Fernando González, spoke to 10 media outlets, including three television outlets, in a press conference held at the Hotel Palacio Azteca. Later in the day she appeared live on local TV.An Aug. 17 program opening the 9th U.S./Cuba/Mexico/Latin America Labor Conference featured Freijanes, with peace activist Cindy Sheehan, Workers United union leader Cristina Vazquez and Gloria Verdieu from the San Diego Coalition to Free Mumia Abu-Jamal. Alicia Jrapko from the International Committee for the Freedom of the Cuban 5 chaired. A short clip from the Roberto Chile documentary, “Esencias,” captured the children from Cuba’s national children’s theater, La Colmenita, in a surprise meeting with the then-newly-released-from-prison Cuban 5 member, René González. In the documentary, the children ask, “What more can we do?” to win the release of the Cuban 5. The audience left asking themselves the same question about the Cuban 5 and all the political prisoners held in U.S. concentration camps for the poor.FacebookTwitterWhatsAppEmailPrintMoreShare thisFacebookTwitterWhatsAppEmailPrintMoreShare this

My aim this evening has been to tell of the Commission’s purpose and focus under my leadership.I encourage you to read the statement of strategic intent in full. I hope you will see that it describes a Commission that is purposeful, and whose aims are straightforward and chime with what the public expect, and what charities deserve from the regulator.Straightforward does not mean easy.For the Commission, fulfilling our purpose may involve making judgements that risk challenge – political, and indeed legal.But we will not be put off from doing what’s right just because it’s difficult.And I am clear that we can only achieve our purpose if we have the right relationship with the charities we regulate.I see no benefit in a deliberately adversarial approach. I will not measure my success in the number of public fights I pick. I will not feel stronger for having criticised charities.And I fully expect that, in pursuing our purpose, my team and I will be championing charitable behaviour, as much as we will be required to draw attention to shortcomings or failings.As I said in a previous speech. It is the job of the Charity Commission to represent the interests of the public to charities – not to represent the interests of charities to the public. I hope charities come to see that promoting the public interest is to their benefit.As I have said, we cannot assume that the concept of the registered charity remains the primary vehicle through which people express their charitable instincts into the future.Charities and the Commission have a shared, collective responsibility for ensuring that the concept of Charity survives into future generations, and to enable charities to maximise the good they do.I hope I’ve made clear this evening that I am not complacent about the challenge ahead, or the burden of responsibility on the Commission’s shoulders. We need to change.And I urge charities, of all sizes, to recognise that they too must read the writing on the wall, and respond.I want us to work together to ensure that charity, which is so crucial to all of us, fulfils its potential, and thrives for the benefit of our society, and the most vulnerable within it.Thank you. This is my personal conviction, and it will inform every aspect of my leadership of the Commission.But it’s based on more than belief.We have firm evidence of near universal accord among the public on this basic expectation:That a charity, to inspire trust, must be more than an organisation with laudable aims.It must be a living example of charitable purpose, charitable attitudes, and charitable behaviour.It must behave like a charity, not just call itself a charity because of the aims it has and the work it does.Charitable aims cannot justify uncharitable means.Our evidence shows that many people from all walks of life, across all backgrounds, ages and inclinations, feel this way.They may arrive at this point for different reasons, whether because they are aware of the vulnerability of many charity beneficiaries, and of the potential for charities or those working in charities to abuse that power.Or because they think charities need to be more closely rooted in the values of the people who are being asked to support them.But they all end up at the same place. Our evidence shows that people want to see charities being held, and holding themselves, to the highest standard of charitable behaviour.What does this mean, what does charitable behaviour imply?Ask your neighbour, ask your family, ask the person you sit next to on the train. This is not complicated. It’s simple, and it goes back to the basic charitable instinct I spoke about earlier: 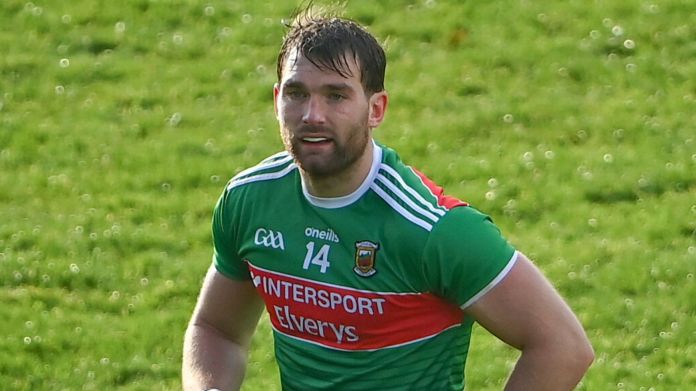 31 May 2017 Saunton to host record breaking championship Next week’s English senior men’s open championship at Saunton, Devon, is a record breaking success – and that’s before a ball has been struck. It attracted entries from 439 players – almost 80 more than ever before – who were hoping to make it into the field of 288 competitors. Players with handicaps of 4.5 and better claimed places in the championship – another record for the championship. The cut has never before been so low and over the last three years it’s been 5.5. The successful players, who include defending champion Richard Latham of Woodhall Spa, will start their challenge in the three-day 54-hole strokeplay event on Wednesday, 7 June.  Toby Thorne, England Golf’s Deputy Championship Director, commented: “This is always one of our most popular championships but this year’s entry has been amazing. The prospect of playing both of Saunton’s championship courses has clearly been a great draw and we’re looking forward to some excellent golf and great competition.” Russell Mayne, Saunton’s General Manager, added: “To have two quality courses on the same site, offering 36 holes of championship golf, is a massive attraction.” The East course is the older, longer course and has hosted most championships. But the West is right up there with it and has recently benefited from a winter work project, focussing on nine holes, which added length, new bunkers and reshaped surrounds. Together the courses call for the complete range of golfing skills. But, as Russell points out: “Everything depends on the weather. It’s the wind, the direction and the strength, which really dictate how low the scoring will be.” The club members are looking forward to the event with many signing up to volunteer during the week. They’ll also be following the progress of their fellow member Paul Vicary, who is one of almost 20 Devon golfers in the field. Vicary plays for Devon seniors and will be joined in the championship by six other members of the team which reached the final of last year’s English Senior County Championship. They are Tim Aggett (Torquay), Tony Allsopp (Tiverton), Phil Lyons (Churston), Paul Marels (Dartmouth), Rick Pillow (Exeter) and Richard Ward (Dainton Park). Click here for more information Caption: Defending champion Richard Latham (image © Leaderboard Photography)